“As for the origin of the images given by mirrors and all the shiny and polished surfaces […] But then what is to the left appears to the right “ – Plato, Timaeus

Amidst, these tough days of COVID-19 outbreak, researchers are struggling to find a drug for this retrovirus. World Health Organization have suggested clinical trials of potential drugs like Lopinavir–Ritonavir (recently failed its clinical trial), Remdesivir and S-Hydroxychloroquine against this corona virus. Do you know what is the common aspects between all of these drugs? 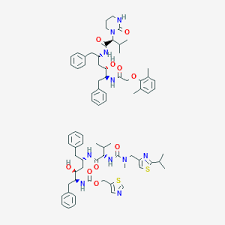 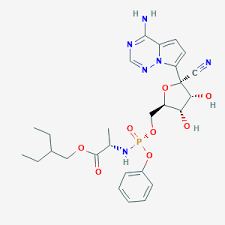 They are all Chiral!

The concept of chirality or handedness is quite ancient than expected and can be dated back to Plato’s time. (See the topmost quote by Plato on chirality) where he reasoned out the theoretical working of vision and this idea was used by his disciple, Aristotle to reason the apparent movement of the Sun.

It is Louis Pasteur (Yeah, the guy who invented the process Pasteurization and the first rabies vaccine) who deduced molecular chirality by isolating non-superimposable tartaric acid crystals.

Now, we know that all chiral molecules, can be represented either in terms of left-handed or right-handed helix. They have same the physical and chemical properties as they have same atoms and bonds. So, one might expect any enantiomer of a chiral drug should have same effect on our body. However, there are numerous cases of enantiomers having different effects on our body. The popular examples are (±)-thalidomide [R enantiomer is sedative while S is teratogen] , (±)-limonene [one found in orange, another found in lemon], (±)-carvone, penicillamine [S is arthritis therapeutic agent, R is highly toxic] and novrad-davron. These enantiospecific effects can be reasoned out considering stereoselectivity of protein.

Similarly, following the same train of logic, the WHO-recommended chiral drugs against COVID-19 might have different effect on body for each enantiomer. Enantiomers having same physical and chemical properties, it is hard to separate them. There are few methods to separate enantiomers like crystalizing the enantiomers then handpicking the one type of crystal from mirror-imaged crystals like Pasteur did. As you can see, this is quite a tedious process and few organic compounds crystalizes. Other separation techniques include: formation of diastereomers (diastereomer have different chemical properties) by reacting with one pure enantiomer; using enantioselective enzyme and chiral chromatography.

Protein does a fine job in terms of chiral recognition and enantiospecific reaction using their site-specificity. That is, in terms of laboratory techniques, it can do both circular dichroism (for recognition of enantiomer) and chiral chromatography (for separation of specific enantiomer) at the same time.  As of now, we are nowhere to mimic the site-specific enantio-selection property of natural enzymes.

Nature might be best at enantio-specific selection but K Banerjee-Ghosh et al i and F Tassinari et al ii might have a better solution to it. Using magnet, we can selectively crystallize a specific enantiomer and recognize it. This cheap and easy solution was proposed way back by Louis Pasteur, who thought that homochirality in biology came from Earth’s magnetic field3 but Faraday junked out the idea saying that magnetic field is not chiral per se2.

Very few people have that Victorian-Cross-Recipient-like-courage to ignore Faraday’s words and continue with “Separation of enantiomers by their enantiospecific interaction with achiral magnetic substrates” i. These bravehearts have coated a thiolated a-helix oligopeptide (PAL) with ferromagnetic cobalt film covered with 5 nm of gold (to protect the ferromagnet from oxidation). They knew that the oligomer has stable alpha-helical structure and preferential adsorption on gold.

With the magnetic dipole pointing up (H +) or down (H –), Circular Dichroism (CD)  spectra is compared for post-adsorption of oligopeptide on a magnetic substrate (left) and pure enantiomers (right). The original racemic mixture of PAL exhibited no circular dichroism (CD). A clear CD signature corresponding to D- or L-PAL, respectively demonstrate enantioselectivity in the adsorption process; with signature is similar to that obtained for the pure enantiomers.

This team have shown that magnets can separate enantiomers, slyly suggesting that magnetic field is chiral. Faraday is no-way near wrong. Even de Gennes has demonstrated that even the superposition of a magnetic field and an electric field does not induce asymmetry in reactions at the final equilibrium state 3.

CISS (chirality-induced spin selectivity) effect comes to the rescue from this apparent paradox. Electrons (spinning clockwise or anticlockwise) behave like small magnets that either move up or down through a chiral molecule depending on the handedness of the molecule and the direction of motion. When a chiral molecule approaches the surface of a magnet, its electrons interact with those in the surface through a non-covalent interaction called spin–spin coupling. This interaction is more favourable when the spins in the molecule and surface are antiparallel, which occurs for each magnetic pole and a given enantiomer. Also ,when electrons move through a chiral molecule (or structure) the electron current generates an effective magnetic field, that acts on the electrons’ intrinsic magnetic moment. Thus, a preference exists for electrons with one magnetic moment direction to pass through the chiral molecule (or structure)

Now, scientists of  the paper “Enantioseparation by crystallization using magnetic substrates” ii suggest that they can initiate crystallization of a specific enantiomer depending on which pole of the magnet is used, using the interactions between the electron spin in the molecules and aligned spins within the magnet. Ferromagnet-induced enantiospecific crystallization was done for the three amino acids asparagine (Asn), glutamic acid hydrochloride (Glu-HCl) and threonine (Thr).

Current separation of chiral molecule (chiral chromatography etc.) is expensive and must be tailor-made for each kind of molecule. Crystallization being autocatalytic provide a cheap alternative to chiral separation. A larger-scale enantio-separation could be done by coating a flow column with ferromagnet (already done by Banerjee-et-al). Revolution in chiral-separation have just started and possibilities are endless.

But, hey wait! It doesn’t end there!

“A static magnetic field parallel to the direction of propagation of an incident light beam can produce a small shift in the value of the absorption coefficient of a chiral molecule”4 a.k.a. Magneto-chiral effect just made Faraday and de Gennes look silly.

Then, what is right? What is wrong? We don’t know yet. All we know “the magneto-chiralobservable transforms as a time-odd polar vector” 5

“The universe is asymmetric and I am persuaded that life, as it is known to us, is a direct result of the asymmetry of the universe or of its indirect consequences.”

Read More about this:

ABOUT THE AUTHOR: I am Swastik Biswas, BS-MS student of IISER Pune, studying just to continue watching anime. It would had been a much simpler life if any of my scholarships KVPY, INSPIRE and JBNSTS could fund me to buy manga. For time-being, mistaking “amine” as “anime” and finding manga in manganese is what keep me going.